Buy the book from the links below

What are people saying about the book

"Capt. Bayerle has written what must be among the best researched and tantalizing adventure narratives in quite some time... I applaud his ability to fuse history with death-defying deep sea exploration."
Robert Cembrola
Maritime Archaeologist and Director of the Naval War College Museum
"The Tsar's Treasure makes frequent and effective use of Capt. Bayerle's significant and unprecedented research into Republic's story. The depth and range of that research is truly remarkable... "
Charles A. Haas
Titanic Historian and Co-Author of Titanic: Triumph and Tragedy
"A good yarn and a fairly easy read. I learned quite a bit about Martin by reading this, as much from its style as from its narrative. It makes me smile."
Robert Evans
Chief Scientist for the SS Central America project 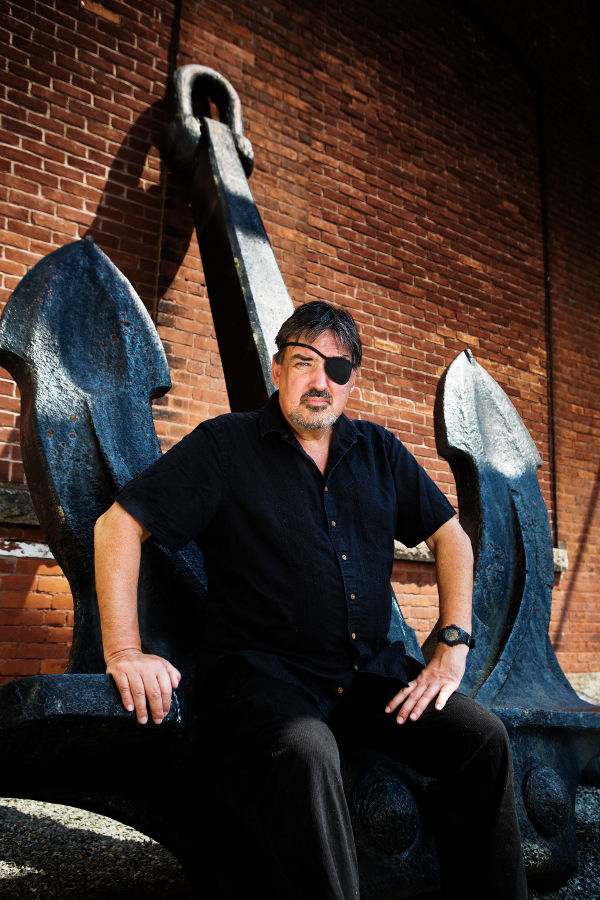 Captain Martin Bayerle is a treasure hunter and professional researcher. He discovered the illusive shipwreck of the RMS Republic and has devoted more than 30 years of his life to solving the mystery surrounding her.

Capt. Bayerle's research into the early 20th century gold market has been cited in academic journals across the country. He has also appeared in interviews on major broadcast news networks and in periodicals around the world regarding his quest for the fabled gold of the Republic. 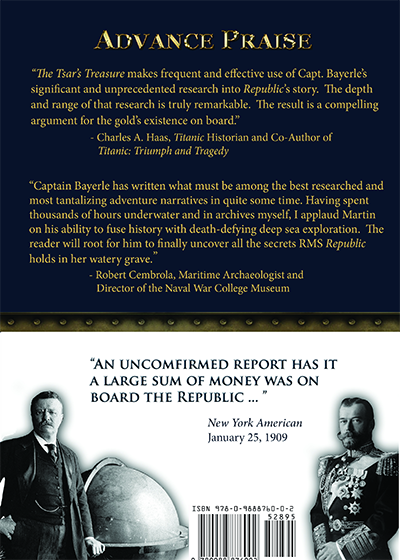